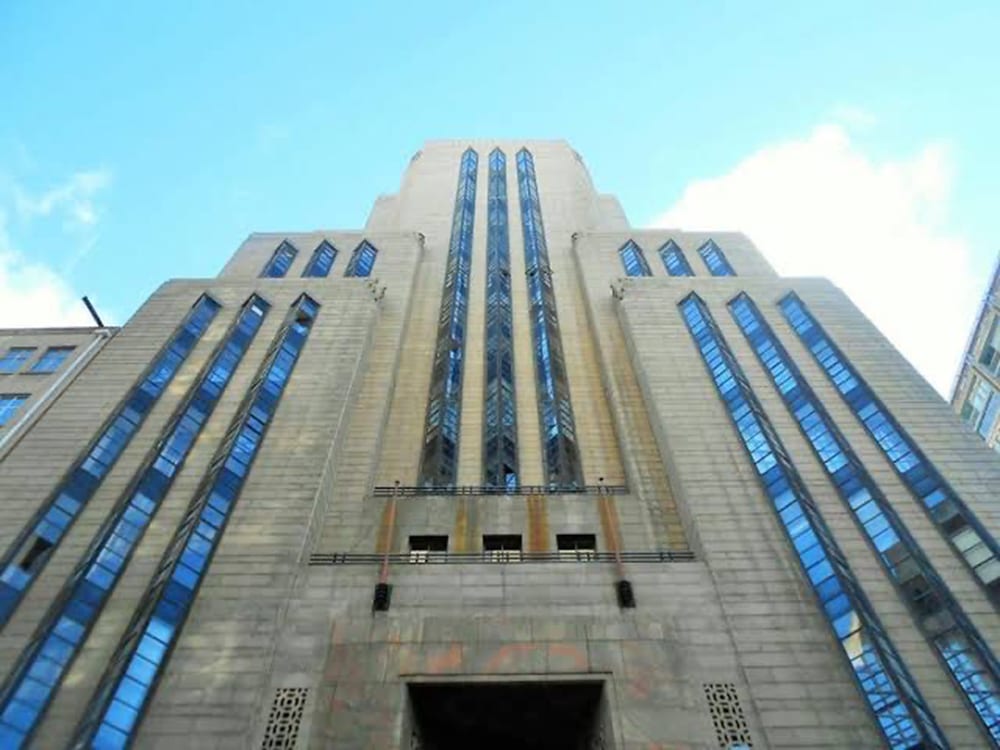 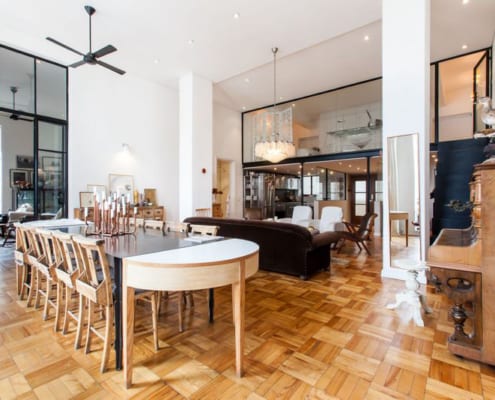 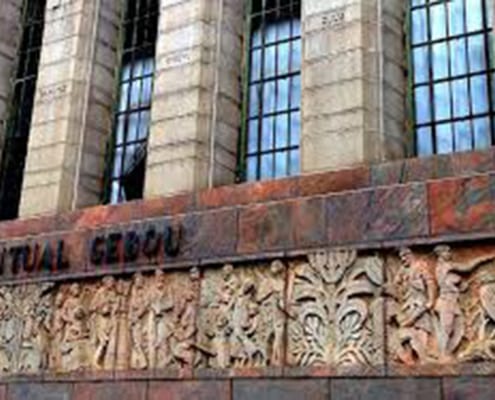 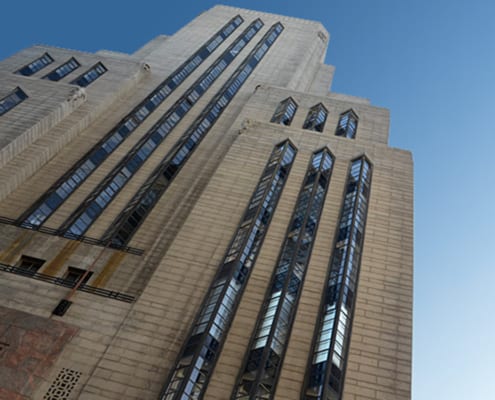 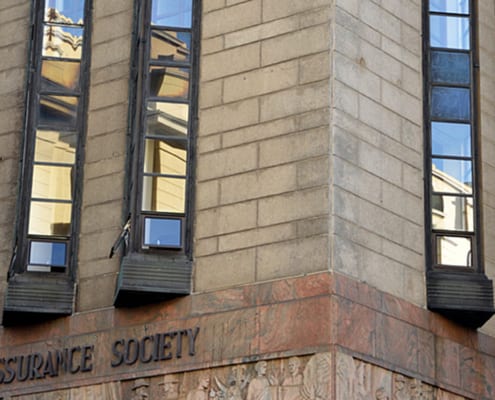 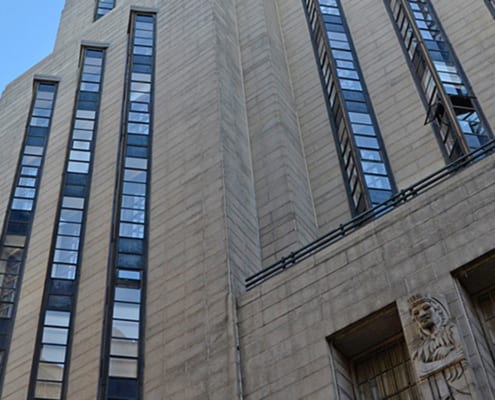 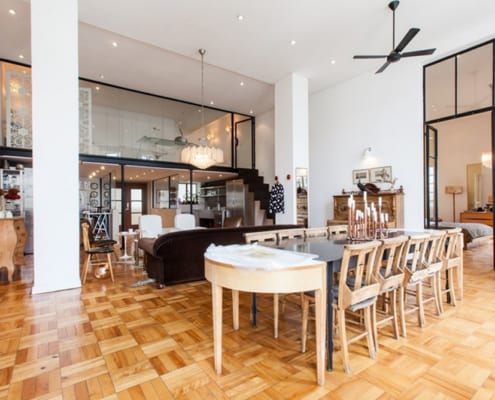 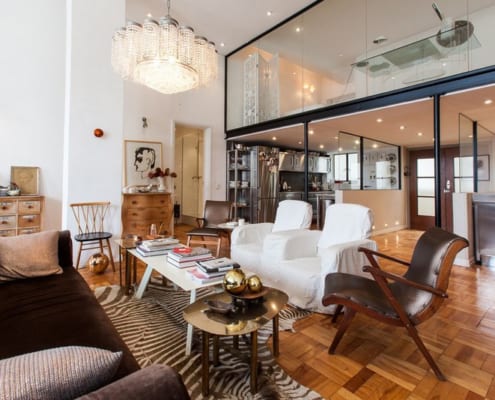 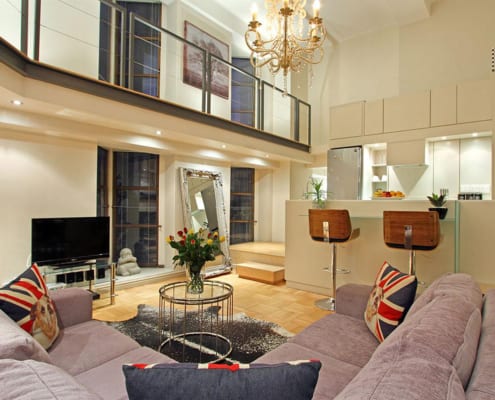 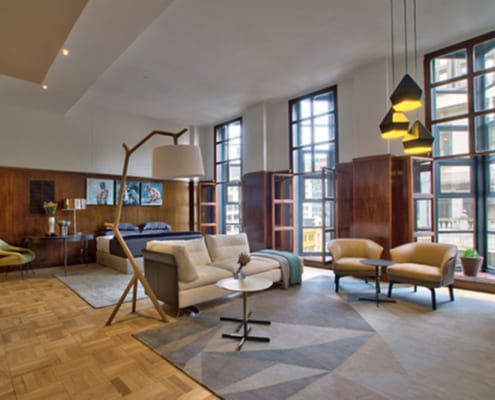 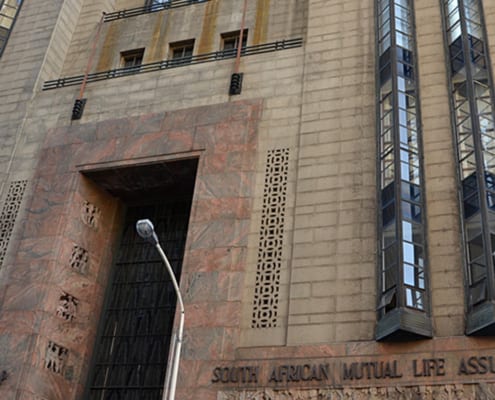 The Mutual Building is a fine example of Art Deco architecture and design. External features include a dramatic  ziggurat structure, prismoid (triangular) windows, and one of the longest carved stone friezes in the world. Metal Windows refurbished the Mutual  Heights building’s entire exterior façade of unique steel windows, retaining all the original features including the original window handles & hardware. The original hardware was carefully removed, repaired, polished and reinstalled.

The Mutual Building in Darling Street, Cape Town was built as the headquarters of the South African Mutual Life Assurance Society, now the “Old Mutual” insurance and financial services company. It was completed in 1939 and opened in 1940, but before the end of the 1950s—less than 20 years later—business operations were already moving to another new office at Mutual Park in Pinelands.

The original design of the building is attributed to Louw & Louw (Cape Town architects), Conversion to residential occupation began under the direction of Robert Silke at Louis Karol Architects. The name of the building was changed by the developers to Mutual Heights.

The Mutual Building is now converted into an apartment block, known as Mutual Heights., although  some parts of the building are used commercially. The Banking Hall is now an events venue, and retail shops operate outside on the ground level. It is used often for movie shoots and now fully converted

Metal Windows have  completed multiple  interiors and continue to update, the multi-use building’s apartments, using a combination of Forman Brand systems steel section and large panes of glass to form massive scale panels. These steel modules are repeated throughout as interior partitions.

Steel remains on trend in design today and our FORMAN Brand F7 steel & glass systems (exclusive to Metal Windows), are featuring in commercial, residential, retail and  hospitality projects all over Cape Town. 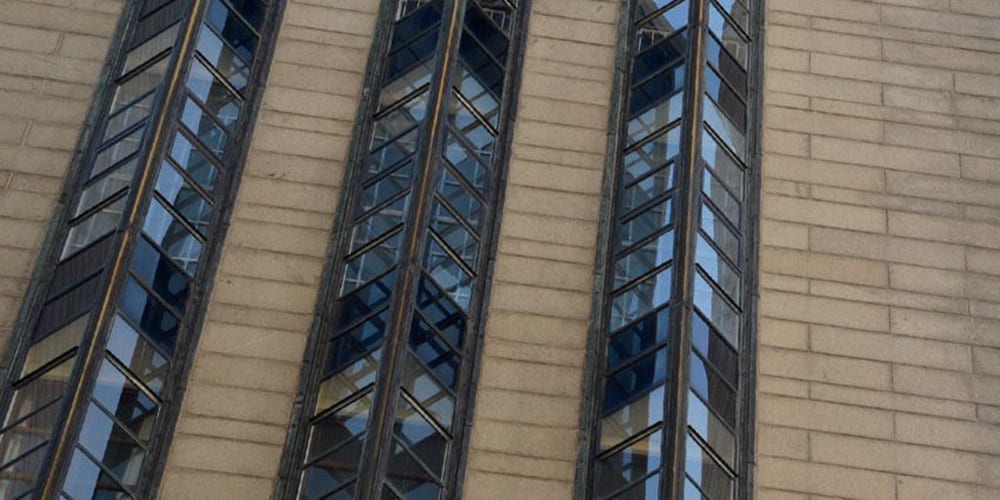 Contact Metal Windows on 021 448 4333 or info@metalwindows.co.za for more information.

This site uses cookies. By continuing to browse the site, you are agreeing to our use of cookies.

We may request cookies to be set on your device. We use cookies to let us know when you visit our websites, how you interact with us, to enrich your user experience, and to customize your relationship with our website.

Click on the different category headings to find out more. You can also change some of your preferences. Note that blocking some types of cookies may impact your experience on our websites and the services we are able to offer.

These cookies are strictly necessary to provide you with services available through our website and to use some of its features.

Because these cookies are strictly necessary to deliver the website, refuseing them will have impact how our site functions. You always can block or delete cookies by changing your browser settings and force blocking all cookies on this website. But this will always prompt you to accept/refuse cookies when revisiting our site.

We fully respect if you want to refuse cookies but to avoid asking you again and again kindly allow us to store a cookie for that. You are free to opt out any time or opt in for other cookies to get a better experience. If you refuse cookies we will remove all set cookies in our domain.

We provide you with a list of stored cookies on your computer in our domain so you can check what we stored. Due to security reasons we are not able to show or modify cookies from other domains. You can check these in your browser security settings.

These cookies collect information that is used either in aggregate form to help us understand how our website is being used or how effective our marketing campaigns are, or to help us customize our website and application for you in order to enhance your experience.

If you do not want that we track your visist to our site you can disable tracking in your browser here:

We also use different external services like Google Webfonts, Google Maps, and external Video providers. Since these providers may collect personal data like your IP address we allow you to block them here. Please be aware that this might heavily reduce the functionality and appearance of our site. Changes will take effect once you reload the page.